Home Amazing women Theodora – a prostitute who became an empress 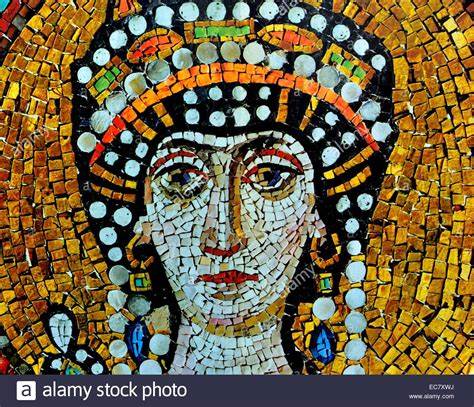 A business woman took billions by fraud and then simply disappeared!

This is the story of an amazing woman that history has forgotten. It is a story about a woman who was the wife of Justinian the Great, who was the ruler of the Byzantine Empire. Also, law students know Justinian through the famous Justinian Code which was the basis for the development of today’s modern law.

All of these are known facts, but is it less well-known that Theodora played a main part in Justinian’s career. One thing is for sure – Justinian would never be Great without Theodora’s intelligence!

She was born in c. 500 AD. According to some historical documents, it is written that Theodora’s father was a bear trainer at the hippodrome and her mother was a prostitute. The same documents state that Theodora had 2 sisters.

According to Procopius, (in his Secret History) Theodora followed her sister Komito’s example from an early age and worked in a Constantinople brothel serving low-status customers; later, she performed on stage. Source:  Claudine M. Dauphin (1996). “Brothels, Baths and Babes: Prostitution in the Byzantine Holy Land”. Classics Ireland. 3: 47–72. doi:10.2307/25528291. JSTOR 25528291.

“Employment as an actress at the time would include both “indecent exhibitions on stage” and providing sexual services off stage.”- Wikipedia

After some time, Theodora became the constant mistress of the ruler of one part of Africa. His name was Hekebol. Discovering that Hekebol was a homosexual, Theodora started a relationship with Doctor Liney.  Hekebol discovered that Theodora had a lover, and banished her to the desert, forbidding anyone to help her. Theodora survived the desert and came back to Constantinople.

Later, by a strange combination of circumstances, she met the future ruler of Byzantium, Justinian.

Justinian fell in love with her beauty and intelligence. Her statement was well-known: three things are needed if a ruler wants that history remembers him as a “Great”: great conquests in war, an introduction of laws and an undertaking of great public works – for example, construction of roads, waterworks, temples, etc.

With these words she determined the direction of Justinian’s reign. In many crisis situations, she saved his empire with her advice. It is known that she played a key role during the rebellion called “Nika”.

From the rebellion “Nika”, until her death, she was the real ruler of the empire. She died at the age of 45 from breast cancer. She ruled for twenty-two years and was married for twenty-four years.

Theodora was one of the smartest women rulers. History has unfairly paid her little attention, but you can read more about this brave and unusual woman in a book by Paul I. Wellman – The Female.